8 Signs You Need to Replace Subfloor: A Quick Guide to Healthy Subfloors How much time do you spend thinking about what is underneath your flooring? The obvious answer is — when something goes wrong. As much as we want to forget the flooring layers underneath our floor, it is crucial to know when to replace subfloors.

So, how do you spot a subfloor that needs replacing — we will walk you through everything you need to know about when to replace subfloors.

What is a Subfloor in a House?

The subfloor is the bottom-most layer of flooring that rests on the joist and supports all the other layers. It is a structural part of the floor.

Subfloors are typically very thick, with the thickness ranging from 19/32 inch to 1 1/8 inch. It is usually made of plywood, particleboard, or OSB. For the concrete slab floor, the slab is considered to be the subfloor.

The primary purposes of the subfloor are –

Signs You Need to Replace Subfloor

Since you cannot actually see the subfloor, it isn’t easy to know the condition of your subfloor. Even though, ideally, the subflooring is supposed to last as long as the house, it can still get damaged for various reasons.

Some tell-tale signs of damaged subfloors are –

Your floors are squeaky

The squeak in your floors can stem from the subfloors. Uneven subfloors are one of the most common culprits behind creaky floors. The floor covering sits directly on the subfloor (if there is no underlayment), and any gaps mean it will make noise when you step on it. You can also have misalignment or gaps between the subfloor and joists, making noise when you step on the area. Damaged or old subflooring can also make your flooring squeak. If the entire flooring of the room is squeaky, this could indicate the warping of the subfloor.

Click here to learn how to fix squeaky floors.

Your flooring is uneven

If you notice a soft spot under your hardwood or carpet flooring, it can indicate the subfloor underneath has weakened. You might also notice dips or hollow areas on your floors. The floor covering can look uneven in different spots. The weak subfloor can be caused by water damage or joists spacing exceeding the recommended 16-inches gap. However, if you only have a few weak spots in your subflooring, you might not need to change the entire subflooring. Treating the affected areas only is sufficient to resolve the problem.

If your hardwood or carpet floor smells musty, it is almost certain that you are dealing with water damaged subfloor. Water accumulated over time can cause mold and mildew growth in the floor and subfloor. The worst part is that by the time you get the characteristic musty smell, the mold will have already infested the panels below.

Water damage to the subfloor can occur both from the top and underneath. In moist areas such as bathrooms or if you spill water and leave it to dry can sip the water underneath the floorboard and damage the subfloor. In the other case, a groundwater issue or a plumbing leak could be the culprit behind the musty smell. Either way, you will have to find the source of the scent to resolve the issue.

Your floor bounces when you step on it

If your floor starts to feel spongy, bouncy, or springy, or if you notice shifting in the floorboards when you walk on them, it could mean that it’s time to assess and replace the subfloor. A spongy or springy surface indicates a disconnect between the floor covering and the subfloor. It suggests the subfloor is loose and cannot absorb the pressure from above when you step on the damaged area. In a more severe case, your floorboards can crack or break when pressure is applied to hollow areas.

Your floor tiles have cracked

Floor tiles are rigid and lack flexibility, meaning they need even and firm support from below. If the subfloor becomes uneven due to damage, the tile cannot support itself, leading to cracks. Your floor tiles can also crack or pop off from their place if the subfloor is not firm enough or becomes spongy. The disconnect between the tiles and subfloor can break the tiles when applied pressure from above. Although it is common to have cracks in a few flooring tiles over the years of usage, you should inspect your subfloor if it becomes a frequent occurrence.

Your toilet is loose

A toilet should firmly and securely fit on the surface. When a subfloor becomes so weak and decayed, it can no longer anchor the fasteners that hold the bathroom to the floor. In most cases, the damage to the subfloor is caused by a slow leak in the toilet pipes that worsen with time. So, you need to address it as soon as you notice your toilet is loose to minimize the damage. Before replacing the subfloor, you must also take care of the leaky pipes and plumbing.

Your ceiling is leaking

Your subflooring does not cause a leaky ceiling, but there is a close correlation between the two. A leaking roof is an indication your home has a slow leak. By the time water starts to leak through the ceiling, the chances are plywood or OSB in the subfloor are entirely soaked through. The subfloor can also absorb the moisture from roof leaks caused by other reasons — long-term exposure leading to subfloor damage. On top of calling a plumber to repair the leak, you might also want to get a professional to inspect the subfloor.

Your floorboards are cupping

Hardwood floors are sensitive to moisture and humidity. One sign of high humidity and moisture is cupping or warping of the floorboards. While subfloor damage is not the sole reason behind warping in hardwood, the water collecting underneath is a possible cause. You can reverse cupping with the help of professional hardwood drying services. But before, you need to identify the source of moisture and address it.

In most cases, subfloor damages occur in particular areas. It is unusual to find damage in an entire room — therefore, it is easier to identify the source of the damage.

The best way to assess subfloor damage is to get a clear view of the entire subfloor. To do so, you must remove a part of the floor covering to uncover the subfloor. Intuitively, start at the area where you notice the subfloor damage, for example, cracked tiles or warped floorboard. You also need to determine the extent of the damage. You might also need to assess the crawl space in the damaged area.

Inspect the area for dry subfloor damages that occurs when the water has dried up, but the subfloor becomes soft. You can get away with reinforcing the subfloor instead of removing it in such cases. However, ensure that the old subfloor has no mold or mildew growth.

Determine the cause of subfloor damage

Before moving on to repairing and replacing the subfloor, you need to find the source of the damage and fix it. Otherwise, the new subfloor will face the same fate as the previous one. You need to check the pipes and fixtures surrounding the damage for any leaks. Also, check if the doors and windows are correctly fitted. If you had a flood recently, that might be the cause of your subfloor damage.

Resolving water damage depends on many factors, such as — how long the subfloor has been wet. Is there mold and mildew growth? Has the material started to deteriorate?

If the water damage is a one-time thing and you notice it soon enough, you might be able to salvage the subfloor without replacements. Remove all the furniture and rugs to expose fresh air to the floor. Use box fans or dehumidifiers to remove the excess moisture to speed up the drying process, which can prevent the onset of mold.

However, if the water damage is from a leaky pipe that has been left unnoticed long enough to the point the subfloor has mold growth, rots, or softens up, you need to replace the affected areas.

How Often Do You Need to Replace Subfloor?

The lifespan of a subfloor depends on the materials used and its surroundings. Subfloors are expected to last as long as the house unless exposed to unsuitable conditions. Subflooring can deteriorate faster in humid conditions. Also, standing water can soak into the material and damage it.

If your subfloor is constantly exposed to moisture, you may need to replace it as frequently as every 20 to 30 years. Although early signs of subfloor damage can make it last longer with professional repairs. Catching early signs of rot can also prevent it from spreading to the rest of the subfloor material.

How Much Does It Cost to Replace Subfloor?

The main costs associated with replacing subflooring are –

These costs vary depending on your location, the size of the area, and additional circumstances such as your joists’ condition, leaks, and other damages. If you are replacing the mobile home subflooring yourself, the subflooring material will account for the majority of your cost.

Even though you can save on labor costs if you go for DIY installation, you might need to invest in the tools necessary to replace subfloors. You can also rent them from hardware stores if that is an option for you. 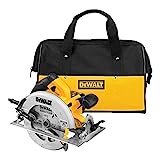 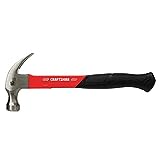 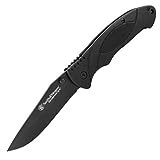 Smith & Wesson Extreme Ops SWA25 7.8in High Carbon S.S. Folding Knife with 3.3in Clip Point Blade and Aluminum Handle for Outdoor, Tactical, Survival and EDC
SECURE: Have confidence that the blade will not slip with the security of the liner lock; CONVENIENT: Lanyard Hole Porvides Mulitple Carrying Options
$14.39

Red Devil 3231 Razor Knife - with 5 Blades
Easy to use; Heavy-duty; Solvent-resistant; For the professional tradesman and the do-it-yourselfer 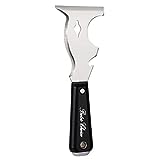 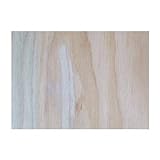 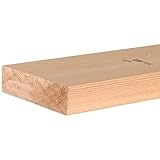 2 in. x 6 in. (1-1/2" x 5-1/2") Construction Premium Douglas Fir Board Stud Wood Lumber - Custom Length - 4FT
Douglas Fir is not only affordable, it adds great value to your home; Maintains beauty and structural integrity with easy maintenance
$36.55 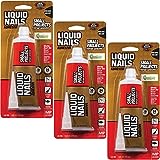 Contractors typically charge $25 to $30 per hour to replace subflooring, including the removal process. The contractor starts by removing the floor covering and cutting the old subfloor into pieces. The discarded portion of the subfloor is disposed of at a waste facility.

After removing the old subflooring, the contractor will install the new subflooring. They will also repair and reinforce soft spots. Typically, homeowners use the same company to install the newly finished floor.

How Long Does It Take to Replace Subfloor?

For a professional, a small, simple subflooring replacement job can take as little as 4 hours. The average time to repair the subfloor is 8 hours or one entire working day. A larger project, like replacing the subfloor in a finished basement, can take up to 24 hours over four to five days for professionals. However, while calculating how long it takes to replace subfloors, you also need to account for the inspection and damage source repair time. Depending on the source of the subfloor damage and the complexity, it can take longer.

Do you have any questions about how to replace subfloors? Comment below and let us know! Radiant floor heating systems are luxurious yet practical additions to new homes that are also making their way into older homes through major floor renovations. How to Store Hardwood Floors: 9 Things You Need to Know

Hardwood floors are one of the best investments you can make for your home. However, it isn’t easy to estimate the exact date you will Can You Glue Down Floating Floors? Here’s What You Should Know Cozyhomehunter.com is a participant in the Amazon Services LLC Associates Program, an affiliate advertising program designed to provide a means for sites
to earn advertising fees by advertising and linking to Amazon.com.